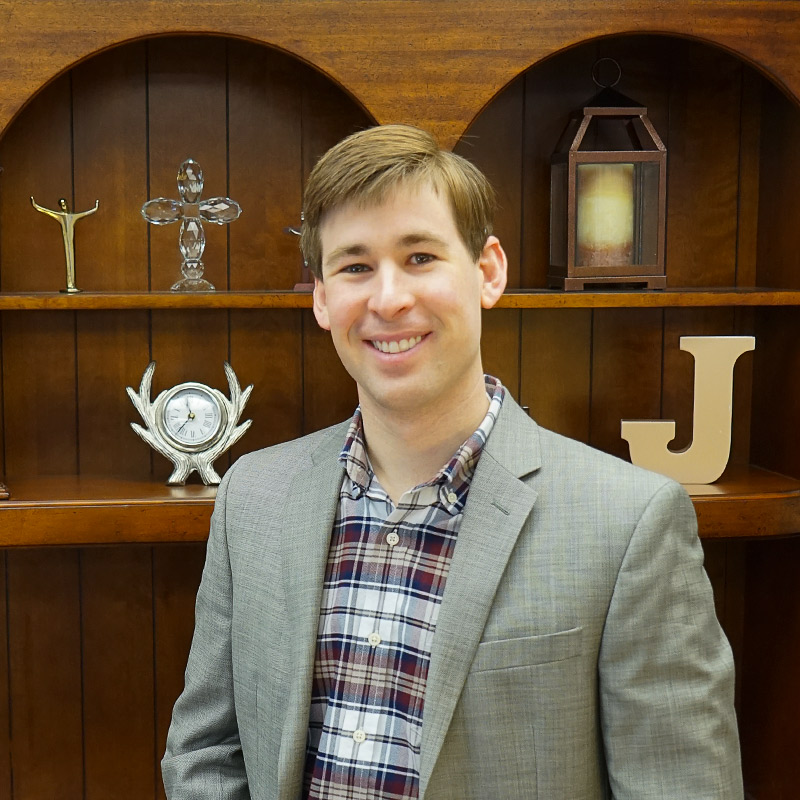 Jacob M. Mark
Jacob Mark is licensed to practice law in both Missouri and Kansas.
He exclusively practices workers’ compensation law representing workers who have been injured on the job.
Jacob is passionate about, and takes great pride in, his work fighting for those who have suffered an on the job injury. In his young career, Jacob has already successfully guided numerous injured workers through the workers’ compensation process. He is extremely dedicated to always ensuring his clients’ rights are protected.

I take great pride in sharing my experience and expertise with clients. Meeting someone for the first time, developing a plan for their case, and seeing the relief it brings them is very rewarding.”

Both of Jacob’s grandfathers and many of his uncle’s are members of labor unions. Jacob represents many union members throughout the Kansas City and Springfield, Missouri areas.

“Coming from a union background has definitely shaped who I am . . . Insurance companies and their attorneys often view an injured worker as just a claim number, but to me it’s personal.”
– Jacob Mark
Jacob learned workers compensation from a young age from his father Keith, who founded Mark & Burkhead in 1992.

Growing up with Keith as my dad, every night at the dinner table I would hear stories how work comp had delayed a case or refused to pay a worker while they were unable to work because of their injury. Hearing those stories really gave me the drive and ambition I have to fight for the rights of injured workers.”
– Jacob
Jacob grew up in Kansas City, Kansas, and attended Bishop Ward High School. At Bishop Ward, he was President of the National Honor Society and a member of the state champion school baseball team. He graduated in 2008 as the Class Valedictorian.

Jacob enjoys spending time with his wife Amy and daughter Rose. Jacob’s other interests include movies, music and sports. As well as being a fan of the Kansas State Wildcats, he is an avid Kansas City Royals and Kansas City Chiefs fan. He attends many games each season with friends and family.